Judging by the feedback from my previous post, I have a lot of people in my corner that understand where I am coming from and many who feel the same way. But as with any situation there are a lot of people out there either confused or outright upset that with the thoughts I expressed. If you find yourself in that category, I have no problem explaining further my frustrations and, in some cases, anger with our current president.

Disclaimer #1: This particular post hits harder, because it is personal for me, as you will come to find out.

Disclaimer #2: Trump supporters, this is your opportunity to save yourself stress and stop reading, because you will not enjoy this rest of this post...or maybe you will. Either way, you have been warned.

I make no apologies for my dislike for the current president. He is a vile, lying, spoiled, childish, ignorant, hate-inciting backside of a donkey and he should not be running our country. He should never have been put there in the first place.

In my opinion, this is where it should have ended...

Serge Kovaleski. Does that name ring a bell? If not, let me inform you. Serge Kovaleski is a Pulitzer Prize-winning reporter for the New York Times. You can click here to see his work with the Times. Kovaleski suffers from Arthrogryposis, which is word from Greek descent that means "curving of the joints." Patients with Arthrogryposis most commonly have curving or hooking of their joints.

On November 26, 2015, Donald Trump was at a campaign rally in South Carolina, when discussing an article that Kovaleski had written about him, Trump openly mocks the reporters affliction, as shown in the video below. 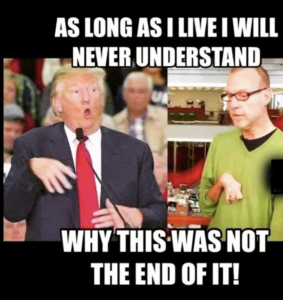 He can deny that he was mocking Kovaleski as many times as he wants, he is lying. Just as he continues to lie to us over and over again. Overlooking the lies about the tax cut that was supposed to benefit the middle class, but will actually have the middle class will continue to pay higher taxes to subsidize handouts for mega corporations, he also cut estate tax, allowing rich couples to pass millions to their children TAX-FREE! Trump said there were "very fine people on both sides" of the Charlottesville, VA rally that saw a Neo-Nazi white supremacist drive his car into a crowd of counter-protestors, killing one young lady. Or how about when he tweeted when the looting starts, the shooting starts and a young man had his mom drive him across state lines with his military-grade rifle and start picking off protestors one-by-one! I do not even have the energy to type all the lies that he has told about the Coronavirus. You can look at them here. If you support Trump, I am sure you will not read them, because you guys love to just recite what he tells you and not look up information for yourself! But hey, his over-the-top ignorance and all of his hate-flaming ways got him elected, right? It sickens me every time I hear him speak, because he continues to show the horrible person that he is, but he also shows that our country has a lot of people who will follow him anywhere and treat every word like it is gospel.

Time to get personal. Good people, loyal readers and all of you in between, I, like Serge Kovaleski, suffer from a condition that alters my appearance. I was born with Klippel Feil syndrome. Over the span of my entire life, I have been picked on, ridiculed, stared at, MOCKED, treated differently because of my condition.

Let's talk about how many times I faked being sick in elementary school, so my parents would come and get me, because kids were actively making fun of me.  Being thumped in the back of the head, by a classmate, and asked "What's wrong with your neck?" Or making eye contact with a group of students who were walking around mimicking my shortened neck and laughing hysterically while doing it. How about the multitude of times I have been out a mall, a store or went to the movies and been stared at, called names or MOCKED. And please do not let me forget the time, while in college, I went to eat at my favorite restaurant, it was particularly crowded that day and a couple of parents, of a family that came in, threw an absolute fit at the hostess demanding to be seated somewhere different. Why such a fuss? Although I already had my suspicions, I was later informed it was because they did not want to sit at a table next to me. Those are only a few times, there are so many more.

Needless to say, every time I watch the video above, I get sick to my stomach and can feel myself turning into that young boy who rushed from place to place, head down, hoping nobody would see me, worried that if they did, I would be made fun of because of the way I look. So, forgive me if I get a little emotional when anyone dares to champion Donald Trump as a good president. To me, he is a horrible president and an even worse man. I know too many people like him and how they treat people who are perceived as different or less than. I have been told over and over that these type of people are not good, bad people, they just don't know you or just ignore them. Well, it is kind of hard to ignore when one of them gets elected President of the United States. 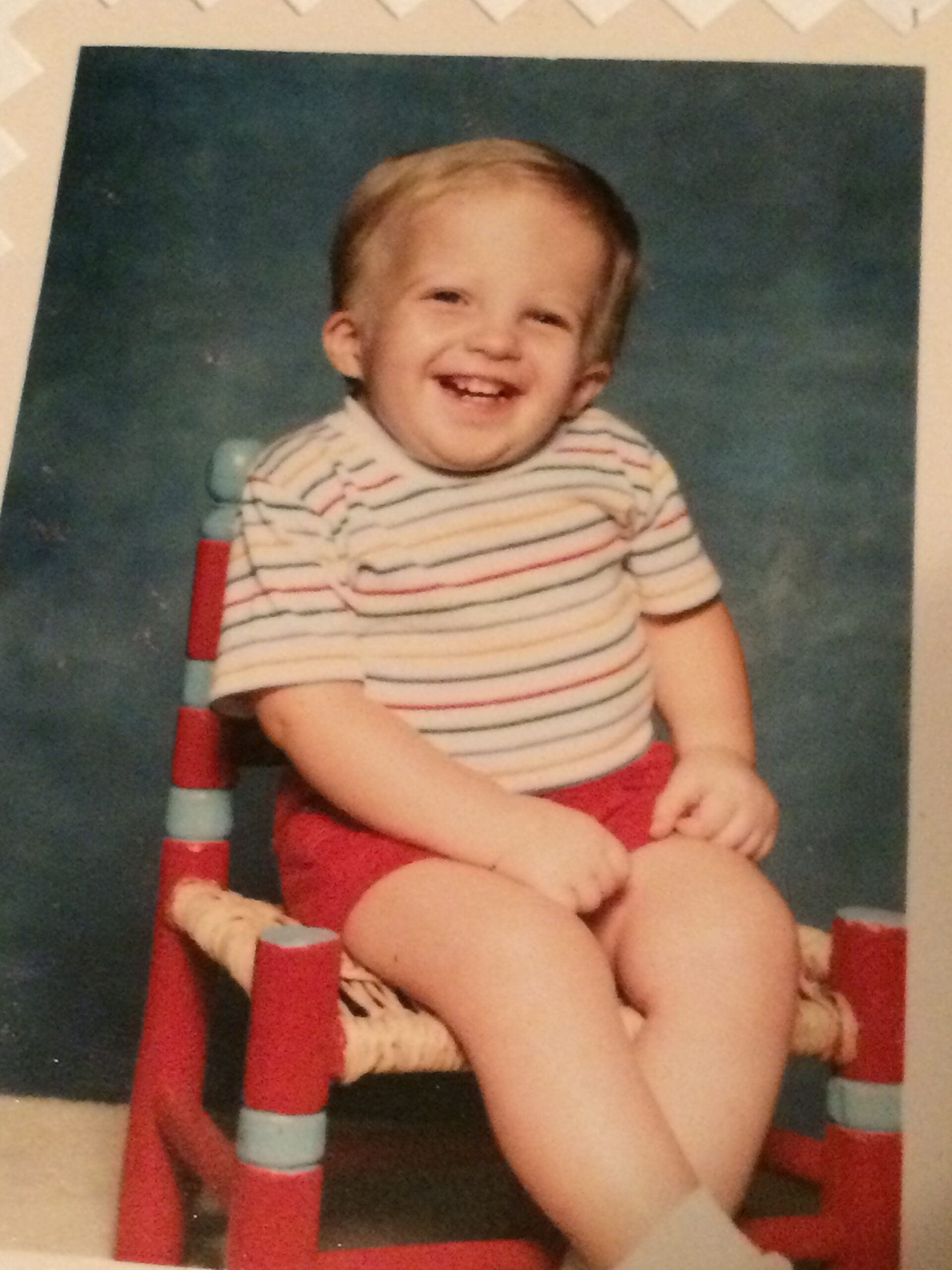 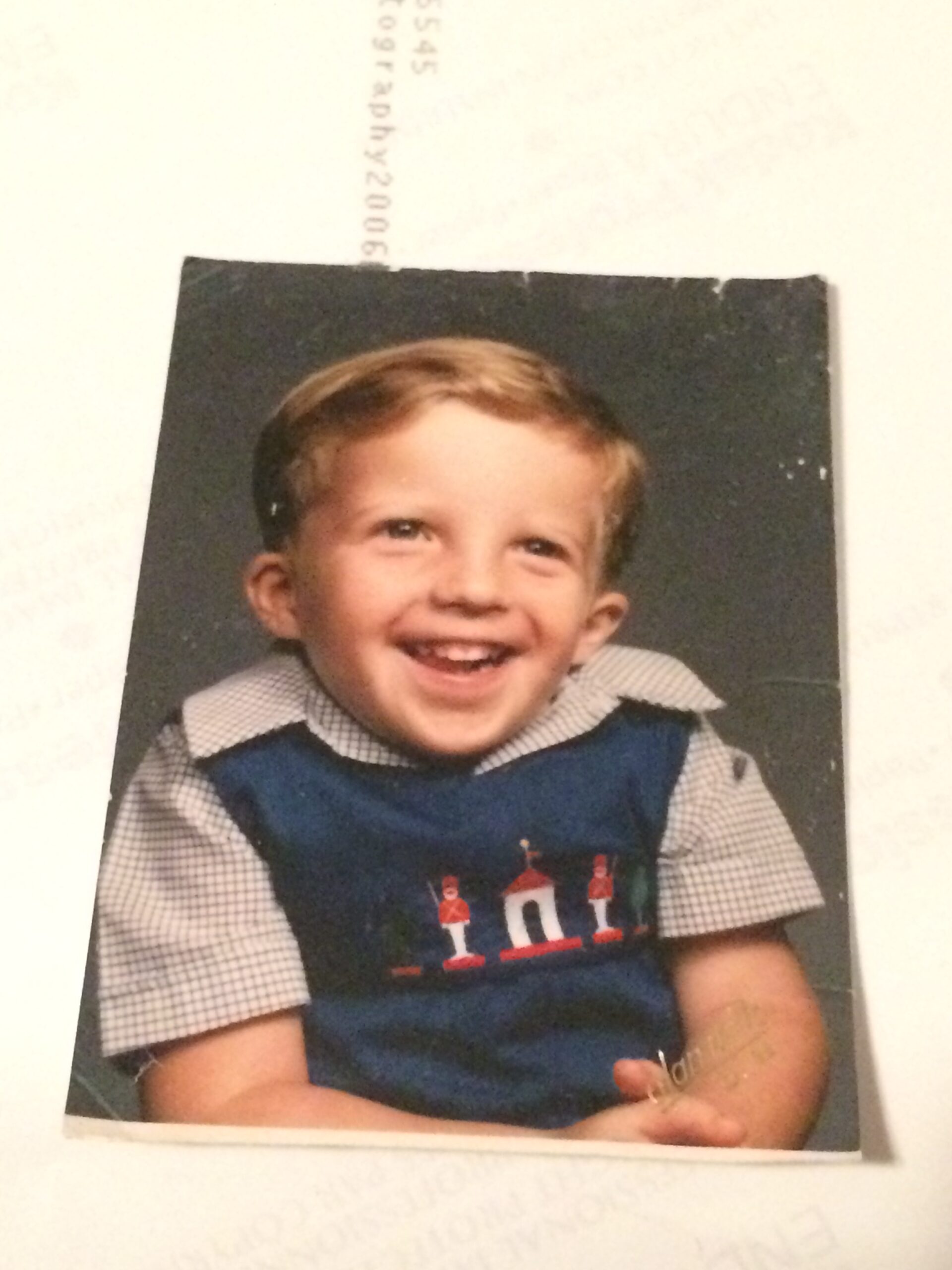 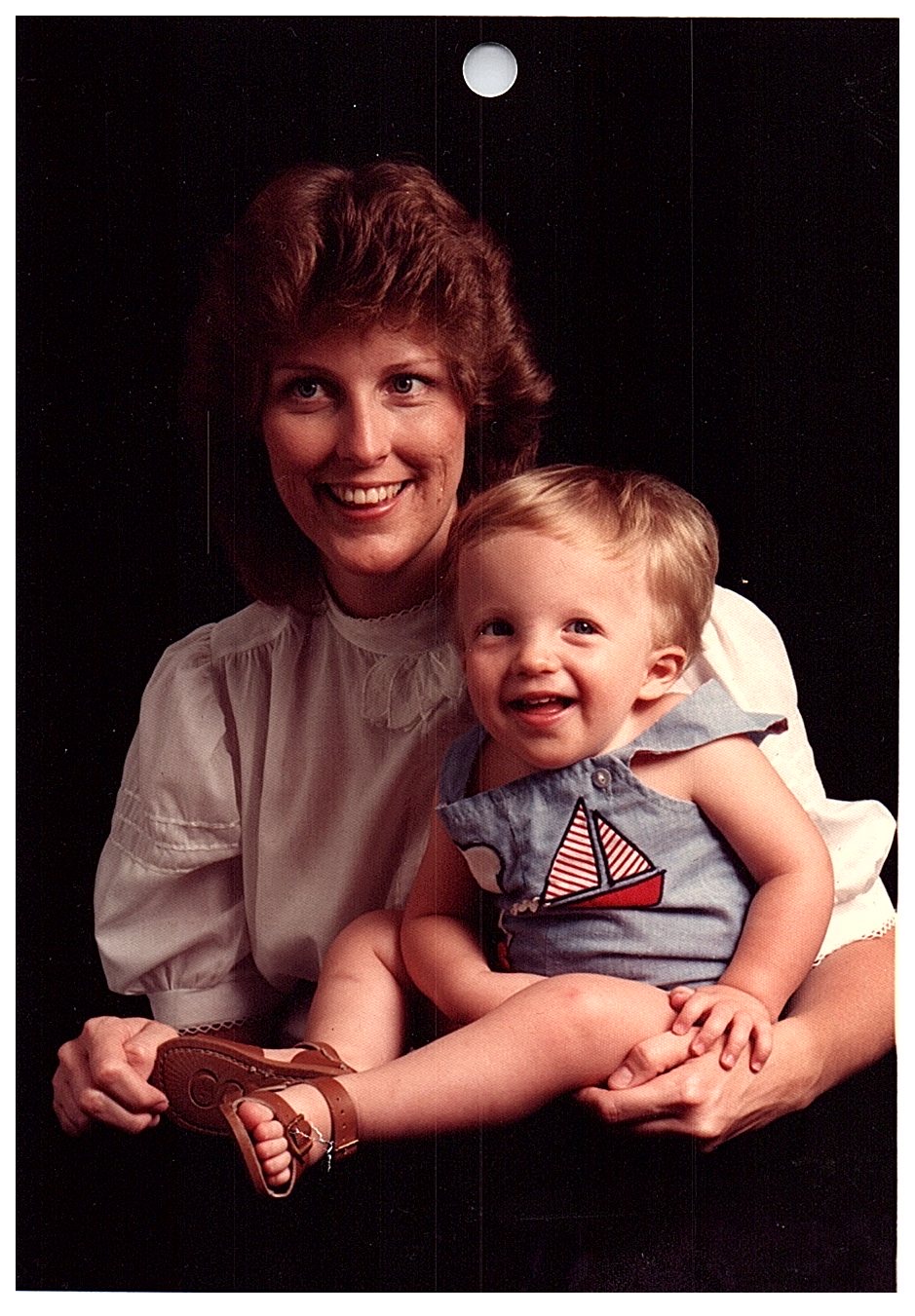 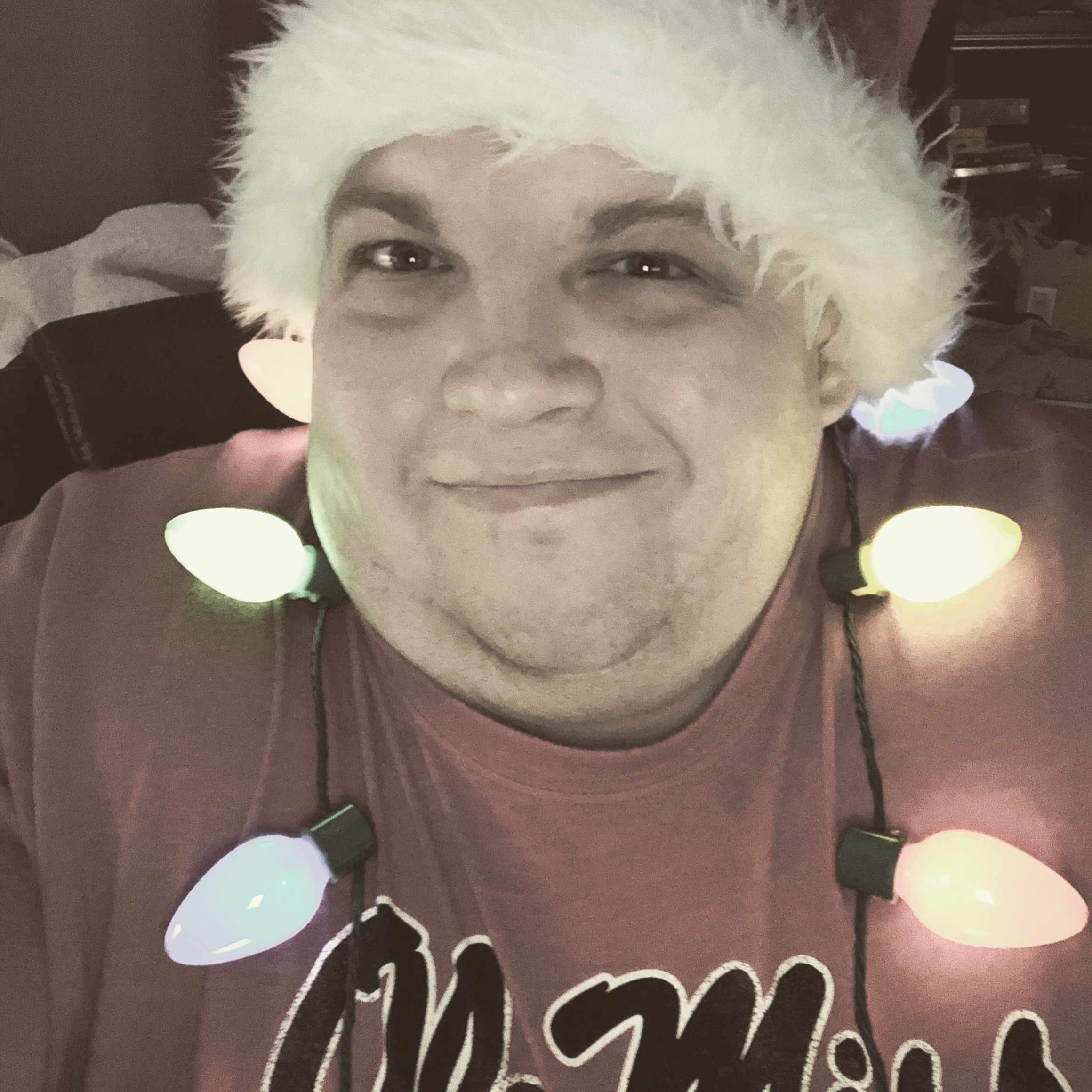 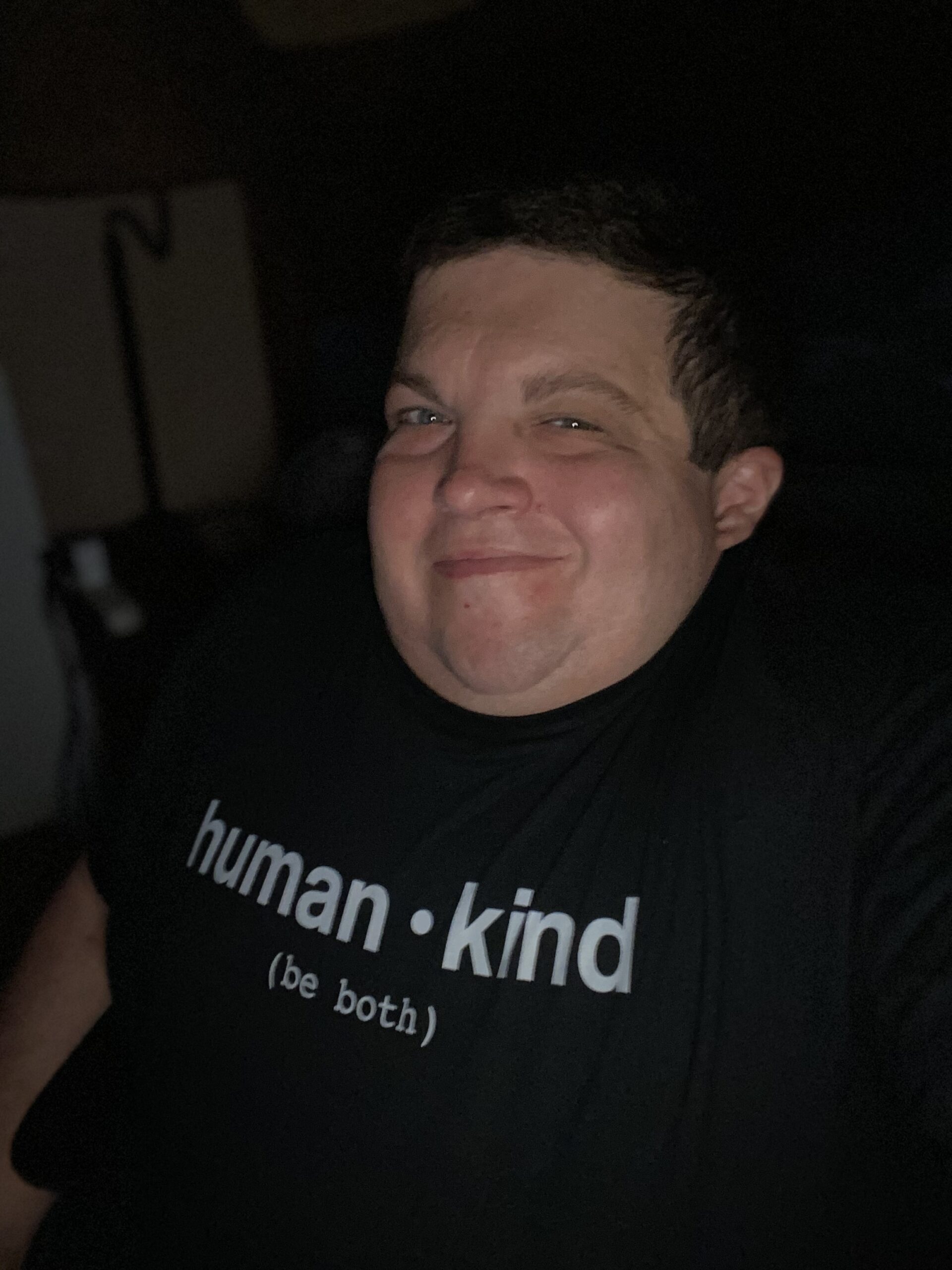 I hope that enough people will read this and understand it is coming from a heart that is probably eternally damaged, but one that still has so much love in it. A heart that knows that there is still good in this world, even when it is at its darkest. Donald Trump's America, and people who think and act the way he does, is only a small percentage and I pray every single day that the larger percentage wins on Election Day.

“No one is born hating another person because of the color of his skin, or his background, or his religion. People must learn to hate, and if they can learn to hate, they can be taught to love, for love comes more naturally to the human heart than its opposite.”

There is no truer statement. I know this because I have two nephews and two nieces that were born into this world knowing nothing about my differences. They only know me as "Bubba" and they love me almost as much as I love them!

Thank you for your time.

Have a blessed day!