What happened to Jacob Blake in Kenosha, Wisconsin is not the sole flame but one of many sparks that has continued the roaring fire of the movement that is currently ongoing in our country.

Wake up, read up, listen up and end this cycle of ignorance. 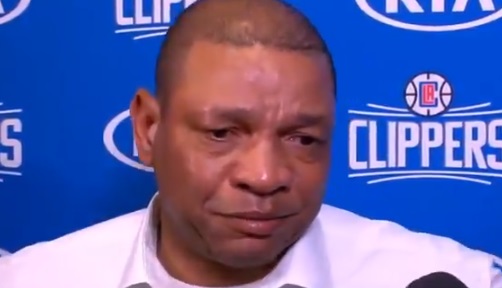 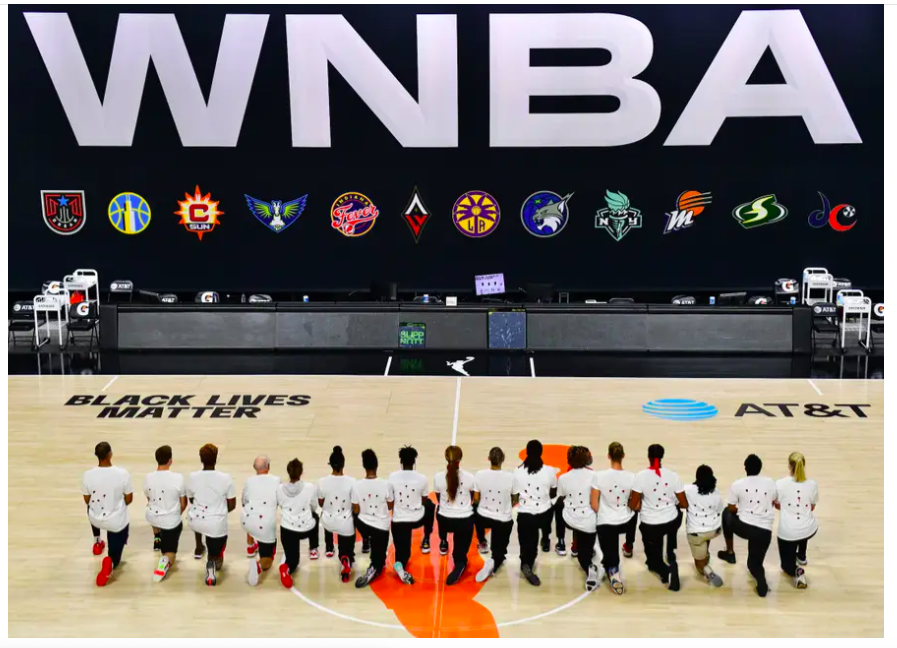 When LeBron James makes a statement to the media about his feelings on the way people of color continue to be treated as less than in this country you yell out "bullshit". You roll your eyes when members of the WNBA's Washington Mystics walk out wearing white t-shirts with seven bullet holes painted on their backs. How about when Doc Rivers was almost in tears, the other night, as he spoke about a country that he, and people that look like him, loves that doesn’t seem to love them back. And as you watch you scoff and say “yeah they’re really oppressed” or you spout off with “go count your money” and let us not forget the tried and true mantra of “shut up and dribble.”

Let me tell you my opinion, as to why you do and say those things. The following statements are mine and are based off of observations, based on reading, based on educating myself as I continue down the path of supporting my friends, former classmates/co-workers and each of those people of color that I’ve met throughout my 37 years on this Earth:

You truthfully either subconsciously, or in many respects, consciously don’t want anyone of color telling you a thing.

How dare those athletes use the platform their talents, abilities and work has afforded them to say how they feel about issues other than the sport they play. There is a reason you continue to hear the tagline "More than an Athlete." These men and women are trying to show you that the old stereotypes, that athletes lack the intelligence to do anything other than dribble, catch or hit, are gone. They have voices and the platform to use them and they are doing just that.

You act as if they are not just as human as you. Like they don’t bleed as you bleed, don’t feel as you feel. Like they are less than...when in actuality, they are just as equal as you are!

In God’s eyes and according to the Constitution, people of color are just as equal as you and I, but they’re not treated that way and that’s what they’re telling you when you hear Black Lives Matter!

The 14th amendment, of the aforementioned Constitution, states:

No State shall make or enforce any law which shall abridge the privileges or immunities of citizens of the United States; nor shall any State deprive any person of life, liberty, or property, without due process of law; nor deny to any person within its jurisdiction the equal protection of the laws. 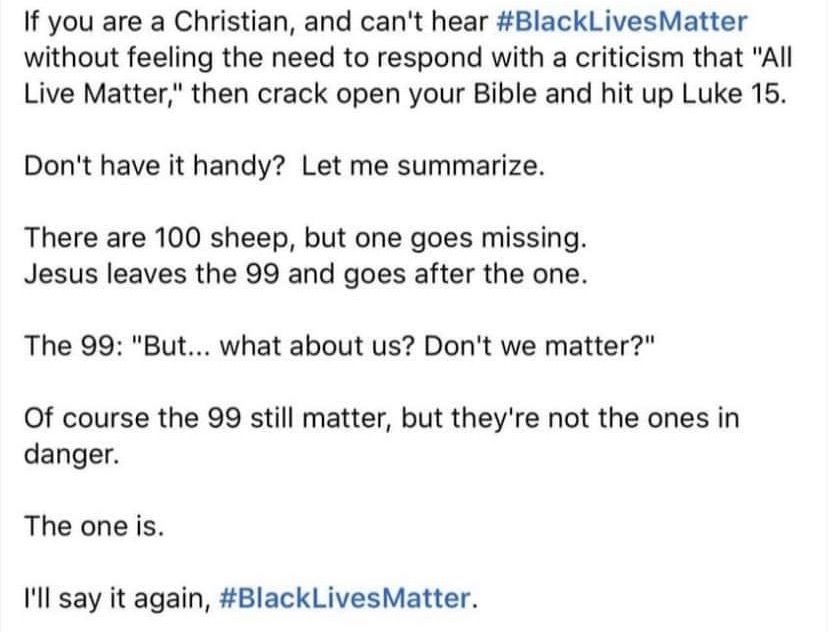 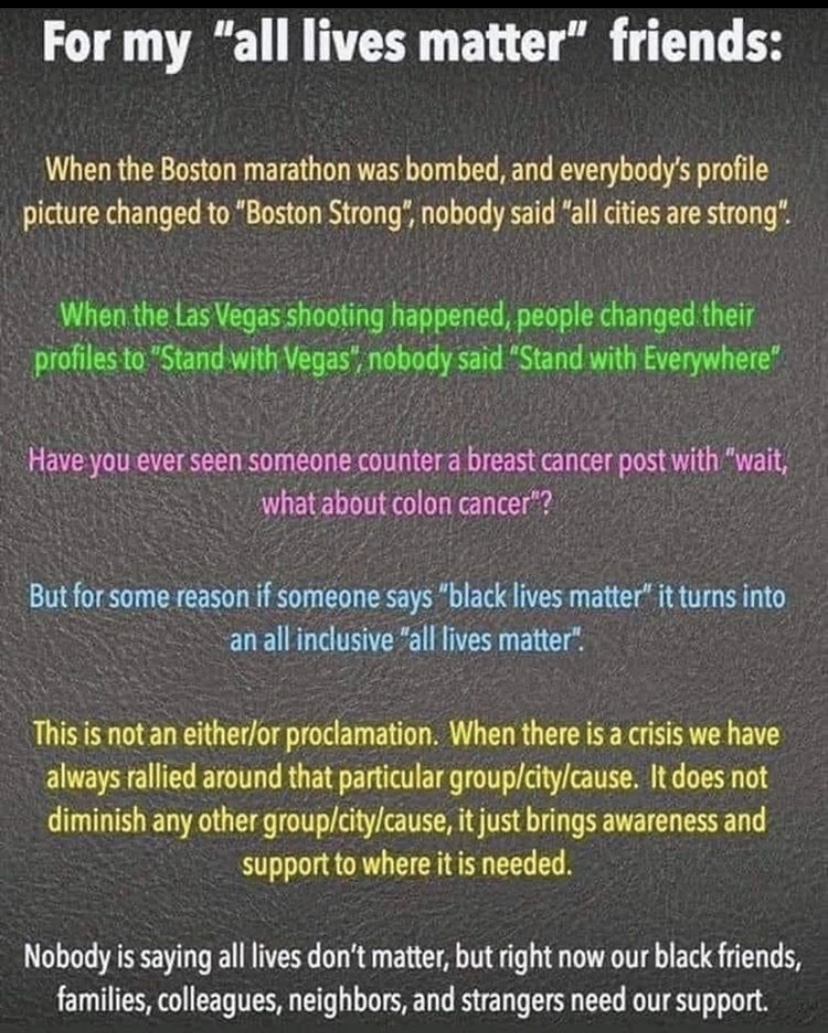 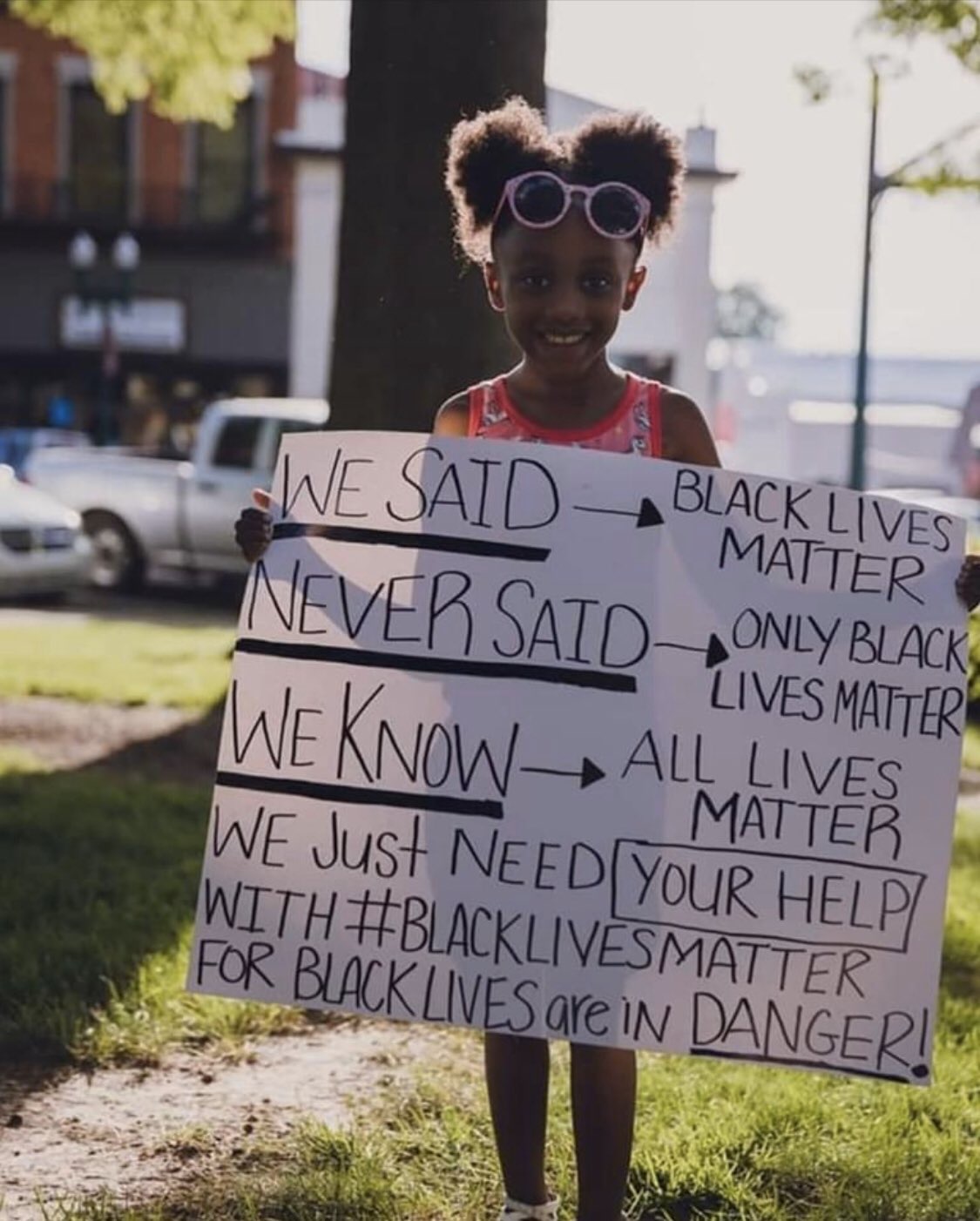 If you STILL can’t see, you don’t want to see.

If you’re STILL not listening, you don’t want to listen.

If you STILL don’t understand, you just don’t want to understand.

Please refrain from coming at me with the response of All Lives Matter...because until you are willing to see, listen and understand how wrong that is. Until we all start treating people of color like the humans that they are, All Lives do not matter!

At this point, if you still aren’t seeing, listening or understanding, you need to step to the side to avoid being hit by the oncoming locomotive of change.

OUR world is evolving, it’s changing. We must!

OUR world is on the verge of becoming more inclusive, more together than ever before. We have to!

Almost daily, more and more people are hopping aboard the train to true equality and OUR country is moving forward, with or without you.

Have a blessed day!